Experiencing stark panic in your car when you suddenly lose power with the engine still running is an alarming prospect. And you’re not the first to experience this issue and won’t be the last.

So, why does the car loses power but the engine still running?

The car is losing power because of a fuel or electrical system issue. The most common cause of this issue could be a faulty fuel pump, a clogged fuel filter, a bad spark plug, or a problem with the alternator.

In this article, we will explore potential causes of a car suddenly losing power but the engine remaining running. We’ll also advise experts on how to prevent this issue from happening. Read on to find out more!

What Causes the Car Loses Power But Engine Still Running?

A car’s engine is a complex machine that relies on the coordinated operation of numerous sensors and mechanical parts. The engine’s performance can be affected if both sensors and parts fail.

As a result, experiencing a decrease in engine power indicates a serious problem that needs immediate attention. These are some of the most likely explanations for why your gas or diesel-powered car or truck suddenly lost power.

Any engine can’t do its job and give the car enough power if the cylinders aren’t compressed properly during combustion.

Your car has a fuel filter between the injectors and the pump. The fuel filter removes debris and other contaminants from the gas tank.

In this way, those contaminants won’t be present in the gas that the fuel pump pumps into the engine.

The fuel filter acts as an actual firewall between the engine and the harmful substances in the gasoline. If your fuel filter is dirty, broken, or clogged, contaminants will enter your engine and possibly cause costly repairs.

It will eventually cause the engine to lose power and the vehicle’s overall functionality to suffer. Simply changing the fuel filter will solve the problem.

The engine’s internal combustion chamber mixes fuel and air to give your car the power to run. To ensure that only clean air enters the chamber, it is first filtered to remove dust, debris, and other particles.

Any contamination of the engine by these foreign substances could be disastrous. Air filters, however, tend to become obstructed after some use.

If the air filter is clogged, less air can reach the engine’s combustion chamber, reducing efficiency.

Since the engine won’t produce enough power to drive the car, the vehicle’s functionality will suffer.

In an exhaust system, the catalytic converter and the muffler serve as filters. A catalyst converter’s function is to reduce emissions from exhaust gases.

The function of the muffler is limited to reducing the volume of the exhaust. If the exhaust system’s pipes or filters became clogged, the engine’s ability to produce power would be diminished, making the vehicle difficult to move quickly.

Any vehicle, but especially one with a turbocharger, should avoid driving around with a clogged exhaust system.

Camshaft speed data is collected by the vehicle’s camshaft position sensor and relayed to the ECM. Most modern automobiles have this minicomputer installed.

After the ECM receives data on the camshaft’s rotational velocity, it adjusts the timing of the fuel injectors and the spark plugs accordingly.

However, if the camshaft sensor fails for some reason and cannot relay this data to the ECM, the engine’s performance will suffer significantly, and it may not operate.

A Mass Airflow Sensor’s primary function is to track the volume of air being sucked into the engine and relay that information to the vehicle’s PCM. If the sensors fail for any reason, the engine’s output will suffer.

The oxygen sensor in your vehicle measures the oxygen concentration in the exhaust gases as they exit the engine. The onboard computer uses this data to calculate the actual air-to-fuel ratio in the engine at any given moment.

An oxygen detector is set up within the exhaust system. It makes the fuel injection system and engine timing more effective at what it does.

Emission regulation is another area where the oxygen sensor can help out.

However, if the oxygen sensor were to break, it would not be able to provide the ECM with reliable data regarding the mixture of air and fuel.

As a result, the engine’s performance would degrade, and its environmental impact would worsen.

Injectors in an engine are a crucial part of the engine’s management system. They are a part of the vehicle’s fuel system, and their primary function is just to spray fuel into the engine.

Its timing and pattern of fuel spraying into the engine are both under the computer’s control. This will ensure optimal engine performance in a variety of driving conditions.

Nowadays, fuel injectors are standard in most automobiles.

Damage to or malfunctioning a fuel injector could prevent the engine from producing enough power to propel the vehicle. Due to the fuel injector’s central role in the fuel system, you can anticipate various engine performance issues.

The fuel pump regulates fuel pressure to ensure the engine always has the fuel pressure to perform at its best. If it failed or was defective, the vehicle’s acceleration would suffer, and the engine’s performance would be compromised.

A spark plug is a vital part of the internal combustion engine in a car. The spark plugs receive an electrical signal from the ignition coil and relay it to the combustion chamber, where an electric spark ignites a mixture of air and fuel.

The engine’s performance would deteriorate and eventually stop if the spark plugs ever failed.

Ignition coils are a key component of the electronic engine management system, increasing the voltage from the vehicle’s nominal 12 V to a maximum of 20,000 V, which is necessary to ignite the fuel/air mixture.

An electrical spark of this voltage is required to ignite the air and fuel mixture in the engine.

Failure of the ignition coil would prevent the vehicle from accelerating and render it inoperable.

Other Reasons for Loss of Power When Accelerating

A lack of acceleration is also caused by these −

How Can I Fix My Car’s Poor Acceleration?

If you’d like to take the DIY route, here are a few ways you can try to fix the issue yourself.

Injectors, a fuel pump, a fuel filter, and other parts are included in the fuel system.

It’s a common additive with many benefits, including cleaning the fuel system, increasing engine longevity, and restoring performance.

Low performance directly results from a clogged fuel filter limiting the fuel reaching the injectors. Just needed to get the engine running like new is a new fuel filter or a thorough cleaning of the old one.

When the temperature rises, your car loses power, a common sign of a faulty fuel pump. If the pump in your vehicle isn’t working properly, troubleshoot or get a new one.

The fuel injectors ensure that the correct amount of fuel is delivered to each cylinder. If an injector fails, combustion in that cylinder will be affected.

Identify the faulty injectors and swap them out.

Spark plugs are crucial for your car to receive the necessary ignition to start and run correctly.

Over time, the spark plugs can wear out and become less efficient. Replace them if necessary.

If there’s a blockage in your air flow or if it’s not providing enough air, it can cause slow acceleration.

Ensure the air filter is clean and free of blockage, and check for any broken parts or loose hoses that can interfere with airflow.

If your car has a timing belt, inspect it for wear and tear. If worn out, that could be a potential cause of poor acceleration.

Replacing your timing belt can make your car run smoother and quicker.

There are a variety of sensors in modern automobiles that work together to improve engine performance.

If your car experiences a power loss when pushing with the check engine light on, this is likely due to a faulty sensor in the engine.

The OBDII scanner will help you find the malfunctioning sensor and diagnose the problem in your vehicle.

Exhaust systems’ mufflers and catalytic converters are crucial for reducing exhaust noise and discharging exhaust byproducts into the air.

Power returns to the engine, and driving is restored when blocked exhaust pipes are needed to repair or replace.

An engine’s oil is equivalent to its blood because internal parts are kept cool and well-lubricated. To function properly and your engine healthy, change the oil every 10,000 miles.

When performing an oil change, it is necessary to have both the oil and the filter. It’s imperative to change the oil filter first.

Replace the old oil with new oil. Keeping the oil level at the right level is equally as crucial as an oil change.

Why do cars gradually lose horsepower?

Because of friction and damage to various engine components over time, every vehicle’s engine eventually loses power. Power loss can be caused by inadequate combustion, insufficient compression, or an unbalanced air-fuel ratio.

Yes, wear and tear of internal parts will cause a drop in torque, horsepower, and gas mileage. The pistons’ up-and-down motion on the crankshaft produces torque within the engine’s cylinder walls and will lose power due to all that use.

Can a faulty transmission result in power loss?

Yes, bad transmissions can lose power. A transmission failure is indicated if the engine is revving normally but not responding well to acceleration. However, there are numerous additional causes. Before making a decision, inspect the vehicle.

How do I know a faulty fuel pump?

A few warning signs can be seen in a fuel pump that is about to fail. A whining sound comes from the gas tank, the engine sputters and stalls at high temperatures, and the gas mileage is terrible.

If your car loses power but the engine is still running, it is important to check its key components, such as an air filter, fuel system, spark plugs, and engine oil. Replace or repair them as soon as possible to ensure the safety and efficiency of your car.

At least once every six months, you should thoroughly check your car’s most vital systems to ensure they are in good working order. Ultimately, this will save you effort, time, and money.

Try to remain calm if you find yourself in this situation. Find out what could have caused the problem, and have the confidence to start fixing it step by step.

You’re a one-man army who comes on top and leaves behind only happy memories. 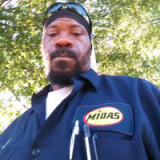