Fuel pressure is one of the most important aspects of an engine’s performance. If there isn’t enough pressure, the engine won’t run. “There is no fuel pressure, but the pump works fine” – it’s a common problem when the vehicle becomes a bit old.

When your engine cranks but doesn’t start, it could be due to a lack of fuel pressure. Even sometimes, the pump might work perfectly fine, yet, your engine doesn’t receive the requisite pressure.

In order to troubleshoot this issue, you’ll need to go through some inspections. Check whether there is a problem with the screen filter, wire connection, or regulator.

Without these, there are some other potential causes. In this article, I’ll discuss some common causes and how to fix them.

6 Causes of No or Low Fuel Pressure

Before jumping into the solution, let’s look at the possible culprits behind the low or no fuel pressure issue, even though the pump is working perfectly.

Clogging in the Screen Filter

Screen filter protects your vehicle’s engine from dirt and debris that enters the fuel pump. Unfortunately, often the filter clogs due to years of use.

As a result, it starts to decrease the fuel pressure. And after a while, the passing pressure level will reduce to 0 even though your pump fully functions.

There are multiple electric wires connected to a vehicle’s pump. Sometimes, any of these wires get damaged because of electrical shocks.

Because of this issue, the pump doesn’t get enough power to pass the pressure though the machine works fine. The same happens when there is an incorrect wire connection.

For a pump, delivering the required pressure is only possible if the battery health is good. When your car batteries are old, they become unable to generate enough voltage, which results in low fuel pressure.

Just like screen filters, fuel line pipes often get clogged. Though initially, you’ll only witness pressure drop, gradually, the pump can’t supply any pressure at all. As a result, the engine ends up with poor performance.

You can control the generated pressure through a built-in regulator. Though it’s not common, sometimes this regulator might stop functioning properly. As a result, the car pump can’t deliver the necessary pressure to the engine.

Unlike the above, if you’re affected by a bad fuel pump relay, the pressure drops to 0, and the pump will eventually stop working.

The fuel pump relay is an important component of the engine’s combustion. It ensures a smooth fuel processing flow between the tank and the engine. Also, it turns the pump on.

How to Fix No Fuel Pressure When Pump Works Fine?

You can apply any of these 6 solutions to get rid of the no-fuel pressure issue.

In terms of blocked screen filters, cleaning the fuel pressure is the first step to reviving it. If you’re not an expert, take help from a mechanic. Replace the filter only if worn out or doesn’t work after cleaning.

If you doubt a pump cable is causing the problem, first check if there is any wrong connection and correct it accordingly. And if the wire is broken, seek help from a repair shop to replace it.

Having a bad battery is the culprit behind the low voltage. The only way to eliminate this issue is to replace car batteries with new ones.

It’s a professional job to change faulty or clogged fuel lines. I suggest getting your car to a nearby service center.

Before making any decision, check whether the regulator is broken or loose. In case of a loose connection, tighten the screws with a fastener. It’s supposed to work fine again. However, you need to change the regulator if it’s damaged.

Unless the fuel pump relay is blown, it’s possible to recover it by cleaning. Use a regular air blower to clean the dirt and debris. After that, apply a little ethanol. Then wipe it off with a clean cloth. The good news is it’s inexpensive. So, in case you need to replace it, don’t worry.

What would cause no fuel pressure?

In general, no fuel pressure is caused by 3 issues:

Can a fuel pump run and not pump fuel?

Yes, it’s a common problem that your fuel pump is running and not pumping fuel. It mainly happens if there is a problem with the pressure line (broken or clogged). So, the battery perfectly delivers the requisite energy to the pump, and it functions. However, the generated pressure doesn’t pass through the lines.

Can a fuel pump be weak but still work?

Yes, a fuel pump can be weak but still work. However, as it can’t generate enough pressure required for the engine’s combustion, you’ll face troubles with the engine. For example, it won’t start after multiple cranks.

What are the symptoms of a bad fuel pressure regulator?

There can be 5 symptoms of a bad fuel pressure regulator. These are:

That’s the complete guide to why there is no fuel pressure but the pump works. In brief, this can happen due to multiple reasons. The most common ones are clogging screen filters or fuel lines, faulty wire of the pump, and damaged regulators.

In most cases, you should go for a replacement as the related parts aren’t that much expensive. 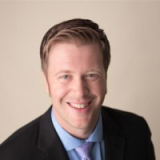