There are many reasons why the engine oil light comes on upon hitting the brake.

First is the obvious one, your engine is running low on oil. After that, the most common reasons are the oil pressure sensor not working properly, the oil pump not circulating needed oil to the engine’s moving parts, and the engine leaking oil.

Why does my oil light come on when I brake? It’s a question that many people are looking for an answer to.

Therefore, we’ve decided to develop an in-depth answer that can be understood easily. Take a look!

Why the Oil Light Comes on When I Brake?

Firstly, make sure the engine has an adequate amount of oil. And if still, your vehicle’s engine oil light comes on when slowing down, then the following are the most common reasons for that.

We’ve discussed the causes broadly so that you can understand them better. Check them out.

Fault in the Sensor

If anything is off the acceptable range, the vehicle turns on the warning light to warn the driver that something might have gone wrong.

A faulty oil pressure sensor is one of the most common reasons behind the oil light coming on upon braking.

The vehicle’s oil pressure keeps on changing depending on the RPM. During accelerations, oil pressure increases.

And when slowly the rpm drops, the oil pressure decreases too.

It’s completely normal for the oil pressure to decrease or increase during braking and acceleration.

How to Make Sure the Oil Pressure Sensor is Faulty?

You can do a quick inspection to ensure the problem is in your oil pressure sensor.

Park your vehicle on an even road, turn off the engine, and let the oil settle for a few minutes. Then open up the hood, pick the dipstick and wipe the stick with a cloth if there’s oil.

After cleaning the stick, dip that into the engine oil tank. Take it out and see if the oil level is in the normal range or not.

The stick should have the normal range marked. If you find there is enough oil, then maybe it’s the oil pressure sensor that’s not working properly.

That being said, a fault in the oil pump and a leak in the oil tank can also be why the engine oil light is on.

Oil Is Failing to Pump Properly

A bad oil pump is the next common reason for the oil light coming on even when the tank has an adequate amount of oil.

This pump is what spreads the oil to the moving parts, such as sliding pistons, camshafts, and rotating bearings, to keep the engine cool.

When there is something wrong with the oil pump, it won’t be able to circulate the oil, resulting in a drop in the oil pressure.

As a result, the oil pressure sensor detects that and turns the oil light on.

How Would You Know If the Pump Is not Working Fine?

There are several symptoms of a bad oil pump apart from the decreased oil pressure.

The engine will heat up pretty soon due to the lack of oil circulation in the moving parts. That can be very dangerous.

If you see the oil light is on and at the same time, the temperature gauge of the vehicle is increasing, stop the vehicle immediately. Otherwise, that’ll damage the engine pretty badly.

Another symptom is the valve train, and the hydraulic lifters will make noise due to the absence of an adequate amount of oil.

Open the hood while keeping the engine on. Try to hear any trickling or grinding noise coming from the engine; if you hear any kind of noise, then most probably that’s due to the faulty oil pump.

You might even hear a grinding noise when driving if the pump has gone bad.

Traditional engines have seals, oil plugs, and gaskets that ensure the oil doesn’t leak. With age, the sealing and gaskets get weak.

And excess oil pressure causes them to leak. Apart from that, freezing cold weather and regular wear and tear also causes oil leak from the engine.

If you see any traces of oil on the floor under the vehicle, that indicates the engine is leaking. When you have an engine leak, ensure you don’t put in excess oil, which will make the engine leak more.

Engine leaks can be repaired depending on the situation; take your vehicle to an expert mechanic shop.

Is It Okay to Drive With the Engine Oil Light on?

Nope! It’s not at all safe for you to drive your vehicle when the engine oil light is on. Doing so might make you deal with consequences.

Whenever you see the engine oil light on, try to find the reason behind it as soon as possible. If it’s due to a faulty sensor, then it’s safe.

But if the problem is in the oil pump, then it can damage the entire engine. Therefore, you should never take these issues lightly.

Therefore, if you see the oil light is on when braking, then the chances are high that it’s either because of the bad oil pump or a faulty sensor. If the vehicle is old, then it could be due to leaks in the engine too. Whatever it is, you should never take these issues lightly, as they can lead to bigger problems.

With that said, you now know why does my oil light come on when i brake. We hope it helped you solve the issue.

Why does my oil light come on when I brake? If the oil level is fine, it’s due to a fault in the oil pressure sensor, oil pump, or engine sealing. 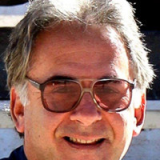 My name is Mike Swartz. I have been working as a car expert for over 10 years now and during that time, I have had the opportunity to work with all types of vehicles from cars and trucks to motorcycles and boats. In this time, I have also gained extensive knowledge about a number of different vehicle problems and their causes so if you are in need of help with anything automotive related then please don't hesitate to get in touch - no matter what your problem may be.
If possible, always take pictures or video evidence of any suspected issues before coming to see me because it can save you both time and money. Please note: my services are not limited just to automobiles – I am happy to offer advice on all kinds of vehicles including horses, bikes, etc. so please do not hesitate to contact me if you want assistance with anything at all.